Coming into his fourth year of quidditch, Joe has been a beater and seeker for the famous intramural team Monster Team of Monsters and the legendary Minnesota Quidditch competition team.

​His other talents include telling terrible jokes, playing a decent samus on smash bros, and willingly donating his car for quidditch activities. 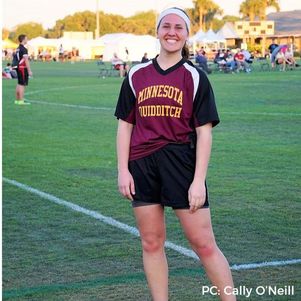 RaeAnne is a senior majoring in biology and minoring in neuroscience and public health. RaeAnne was recruited by the MNQ team at the Minnesota State Fair last year and has been involved in quidditch since.

​In her free time, she enjoys cuddling with her puppy, Bauer. 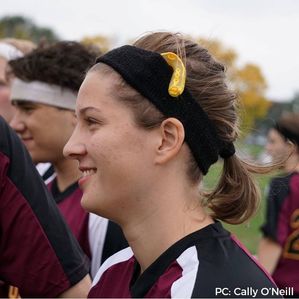 Sarah is a junior studying computer science. This is her third year in quidditch, and she primarily plays beater.

​When Sarah is not in class or on the quidditch pitch, she enjoys reading, being outside, baking, and trying to be creative. 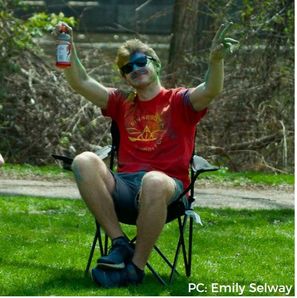 Mitch is a junior majoring in Mechanical Engineering, and he played as a keeper during the 2016-2017 season. His many notable achievements include being the best Cornhole player and being the tallest person on the team.

​In his free time, Mitch enjoys not being injured, playing guitar, cooking delicious food, and backpacking. 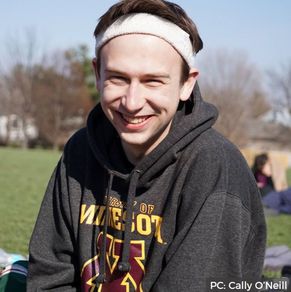 Max is a sophomore studying economics and is going into his second year playing quidditch. He first got into the sport when Cole Wensman asked, “Hey do you want to play quidditch?” He responded with “heck ya," played, and loved it.

​Outside of quidditch, Max enjoys board games, sports, running, and generally all forms of competition. He also excels at kicking Joe’s butt at smash bros. 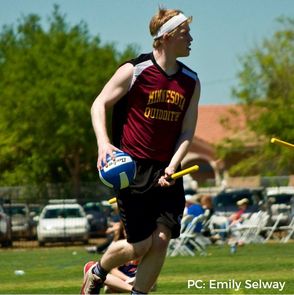 Jack is a sophomore studying Chemical Engineering with a minor in Management. This is his second year involved with the quidditch program. 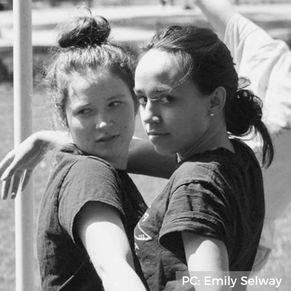 Nadja is a junior, majoring in Kinesiology with a minor in physics. She has played quidditch competitively for one season.
​
​When not studying or playing quidditch, Nadja can be found planning the revolution. 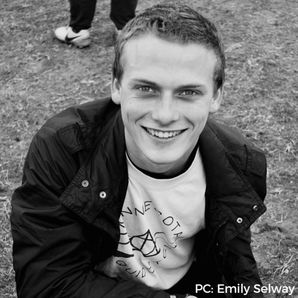 Matthew is a senior majoring in Mechanical Engineering. This is his third year involved with the magical sport of quidditch.

​Matthew enjoys reading, football, and he loves Minnesota and snow so much he came all the way from California.​ 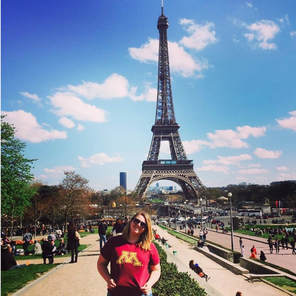 Emily is a senior majoring in Elementary Education and minoring in Linguistics and Teaching English as a Second Language. She played Quidditch her Freshman year, but decided to switch to photography instead. Despite this, she’s still been hit multiple times by bludgers.

​In her free time, she makes bad puns and contemplates why a Marauders’ prequel hasn’t yet been created by JK Rowling.
Powered by