​Go here to fill out the google form and pay online! Additionally, you could visit us in the Cube near the Starbucks in Coffman Union this Tuesday (3/7/17) between 4-7 PM if you would rather pay in person.

3/4/17 - Congrats to MNQ for taking 2nd at the World Cup 2: Electric Boogaloo tournament! 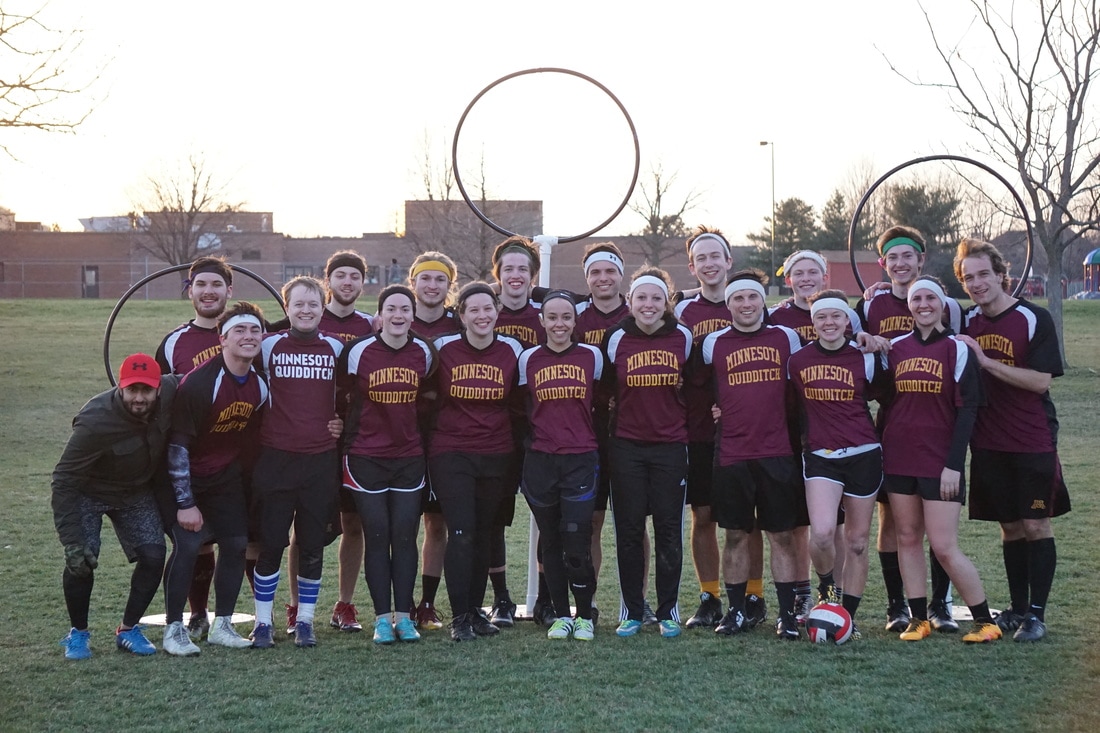 Intramural games will be held March 19th, March 26th, April 2nd, and April 23rd with the spring tournament on April 30th. All game days start at 1 PM and will go until approximately 3:30 PM. 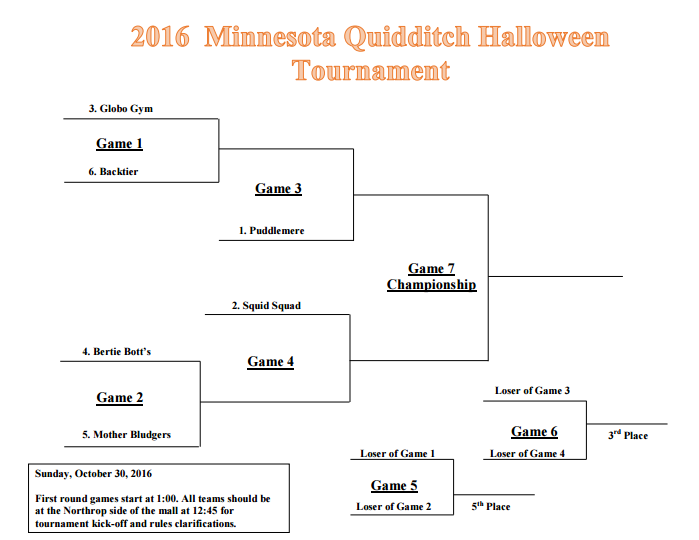 Games begin tomorrow at 1 PM down on the east river flats. Be there at 12:30 for an explanation of the rules and to figure out who is on your team! 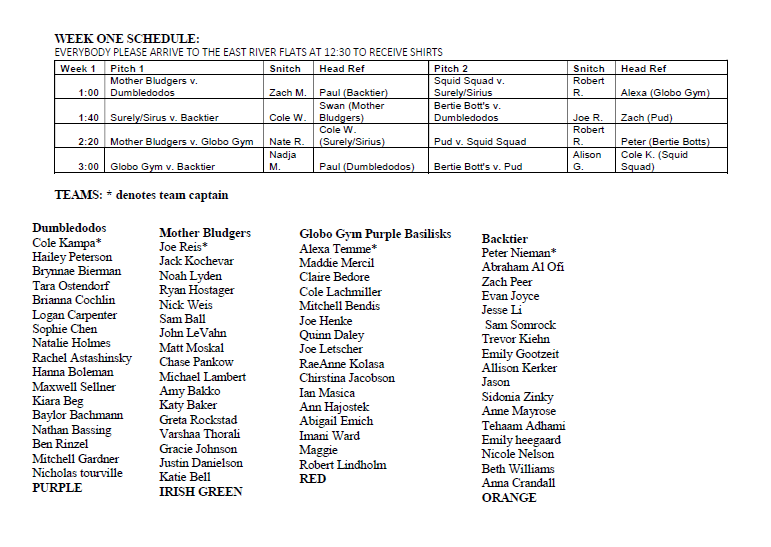 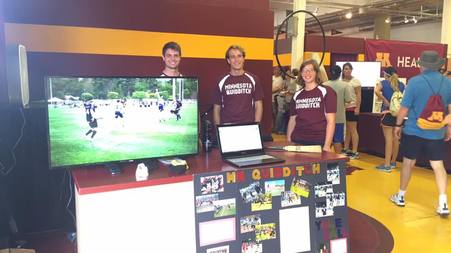 We are spending the day from 9 AM until 9 PM in the University of Minnesota building at the Minnesota state fair!

Come say hi while you're enjoying some signature fried foods on a stick - or without fair food - we're not picky. 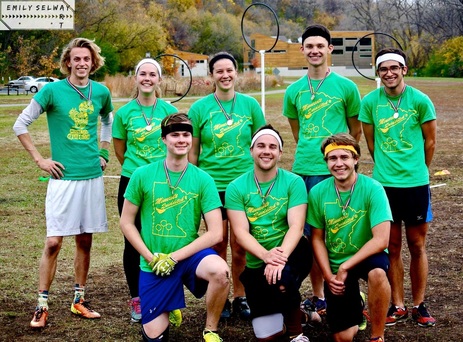 Congratulations to the winners of the Fall Intramural Halloween Tournament, Tom Riddle's Witches! The top 6 teams from fall intramurals competed in the tournament for the title of intramural champion. Here are the final results:

We look forward to seeing everyone back for intramurals in the spring!

Congratulations to our competition team for winning the Great Plains Invitational this past Saturday at Van Cleve park in Minneapolis! Also, thanks to everyone who came out to support us! 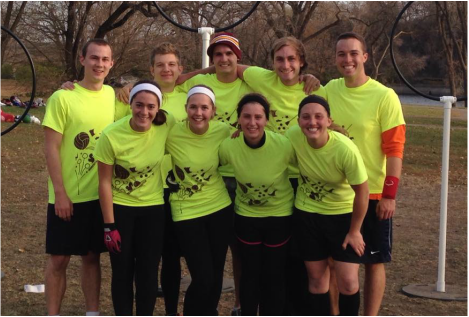 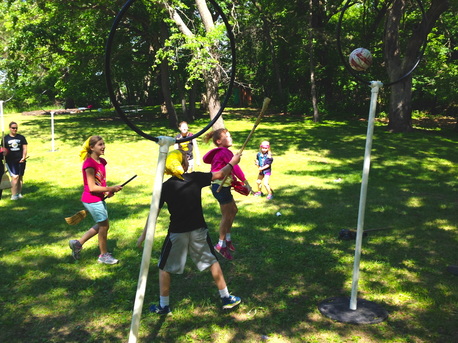 Minnesota Quidditch had the honor earlier this week to participate in a day camp with Girl Scouts of America. There were girls of all ages attending different "classes" including potions, and of course, Quidditch! A big thank you to everyone who participated as well as the Girl Scouts for allowing us to join their event. 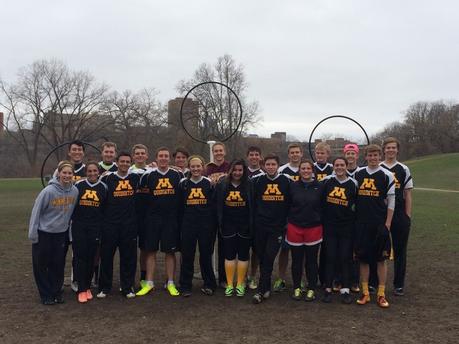 Minnesota Quidditch went to World Cup VII last weekend in North Myrtle Beach, SC.  We qualified for the second day of games in the bracket, giving us a record of 3-2 for the weekend.

Minnesota Quidditch hosts an annual Yule Ball in Coffman Memorial Union.  As many as 700-800 students have attended in the past.
The Fourth Annual Yule Ball was held on December 6th, 2014 in the Great Hall.  Festivities included a DJ along with various student group performances throughout the night.

Stay tuned for more information about the upcoming Yule Ball this year!
Powered by